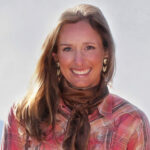 DR. CANDICE CARDEN
Dr. Candice Carden was born and raised in Afton, Wyoming. She received a bachelor of science degree from the University of Wyoming in 2001, and completed veterinary school at Colorado State University in 2005. She began her career  first as an intern and then as an associate at Elgin Veterinary Hospital, a large equine referral and surgery facility in Elgin, Texas.  She then started her own mobile equine practice, working at various quarter horse and thoroughbred racetracks in the United States and Canada, as well as providing medical and surgical care to equine athletes of all disciplines.    While she enjoys all aspects of veterinary practice, she has special interests in ophthalmology, lameness, and surgery cases.  She is a certified acupuncture practitioner, and enjoys integrating acupuncture into treatment protocols for equine, bovine, and small animal patients.  Since 2013, she has cared for some of professional rodeo’s top equine athletes each year at the National Finals Rodeo in Las Vegas, Nevada.  Dr. Carden enjoys spending time with her daughter, as well as a trio of french bulldogs, various barn cats, and several horses.

DR. CHRISTINA VONDRA
Dr. Christina Vondra grew up just west of Steamboat Springs, Colorado, in Hayden, Colorado, where she enjoyed showing cattle and horses in 4-H.  She attended the University of Wyoming, earning a bachelors of science in animal science in 2013 and a Masters degree in ruminant nutrition in 2014. In 2018, she graduated from Colorado State University with her doctor of veterinary medicine degree.  She enjoys working with all animals, especially cattle and horses.  She is looking forward to enjoying everything Kaycee has to offer!  In her spare time, she enjoys spending time with her husband, Cody, her two dogs and two horses, and working on various crafting projects. 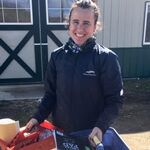 MICHELLE PHELPS
Michelle was born and raised in Minnesota.  She earned a bachelor of arts degree in business and marketing from NDSU.  She and her family moved to Sheridan from Texas in 2015, and she began working at PRVHS at that time.  Acting as both office manager and technician, she keeps everyone and everything organized at our hospital in Sheridan.  She enjoys reading, spending time with her family, and riding her horses when she has a spare second! 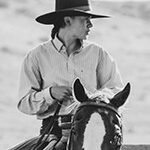 OLIVIA PHELPS
Olivia was born and raised in Colorado & Texas.  She has worked with Dr. Carden since she was 9 years old, and has gained a tremendous amount of hands-on experience during that time.  She completed her undergraduate studies at the University of Wyoming and is currently attending veterinary school at Washington State University, with plans to graduate with her Doctor of Veterinary Medicine degree in 2023.   When she’s not at school or at work, she enjoys roping and spending time on the ranch where she lives. 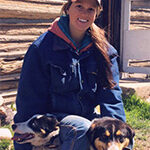 EMILY CLAWSON
Emily Clawson grew up in southwestern Colorado in the town of Durango. She grew up skiing, riding horses and enjoying the beautiful outdoors of Colorado. After graduating HS in 2007, she attended the University of Wyoming where she earned majors in both Agricultural Business and Environment and Natural Resources, graduating in 2011. She has since worked on several major cattle ranches in southern Montana and northern Wyoming. Currently, she and her husband Ty live in Kaycee, Wyoming, where they have decided to raise their family. She loves everything animals and outdoors. Her spare time revolves around spending time with and sharing her passions with her husband and two daughters.

JESSIE DUBE
Jessie grew up in Buffalo, Wyoming and graduated from Utah State University in 2010 with a bachelor degree in equine science and management.  She also has a short course certification in neonatal care and foaling from Colorado State University. After college she moved to Texas and worked as a mare and foal manager at a large equine reproductive facility. Jessie is passionate about equine reproduction and her favorite time of the year is foaling and calving season! Jessie also enjoys spending time on the family’s cattle ranch and doing anything outside!

ROBIN L. GRAVES
Robin was born and raised in the Sandhills of Nebraska, where her family was in the cattle ranching business. Since graduating from high school in 2005, she has worked on various ranches in Nebraska, South Dakota, and Wyoming. She attended Eastern Wyoming College in Torrington, Wyoming where she received herAssociate of Applied Science degree in Farm and Ranch Management, along with a Certificate in Beef Production in 2010. After college and a summer job on a ranch in Lander, Wyoming, she moved to Thermopolis, where worked as a veterinary technician. In February of 2013, Robin moved to Kaycee, and joined the PRVHS team as a veterinary technician in March. She enjoys time spent working around animals, especially cattle, working outdoors, and pencil drawing.